skip to main | skip to sidebar

Wondering where Day 1 is? (This is for anyone who stumbles upon my blog 6 months from now, since I don't think any of my readers even look here anymore). Day 1 was all about the types of inks and dyes etc. and how they worked together - or not. Very helpful information.
Two of todays tags used alchol inks - something I need to use more often. 2012 Christmas cards anyone? 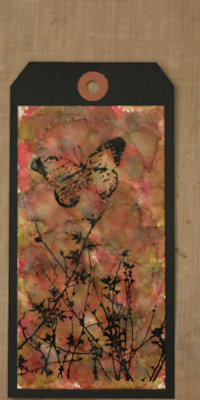 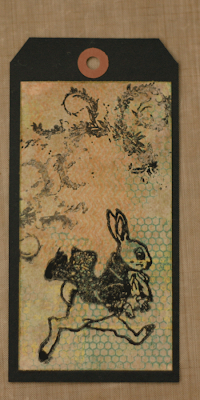 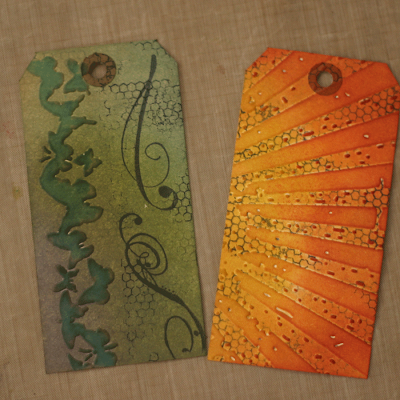 I made similar tags when I took Wendy Vecchi's class at Memory Bound a few years ago.
Haha, I was probably still posting to the blog when I took that awesome class! Except now I have a few more inks, blending tools, etc. These were so fun to make. 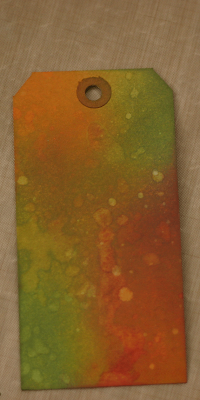 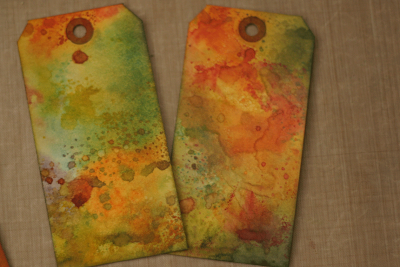 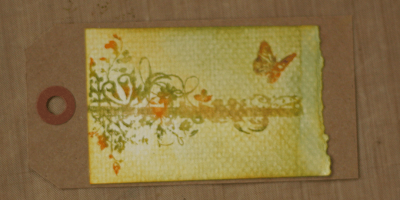 Written by MichelleJ at 10:57 PM No comments:

Back from Never Never Land.

Longtime no see! Yes, I abandoned the 'ol blog. Life got busier, if that is possible. After a quick glance at the last few posts I can give this quick update:

We didn't move.
We did a little decluttering, but mostly attended girls activities, took a few trips, and enjoyed ourselves.

These days I am:

Written by MichelleJ at 10:42 PM No comments:

Natasha turned 13 right before school let out for summer. And on that day, a hormonal switch was flipped. Whoa, take cover!

But that isn't what this post is about and most of the time she isn't much different than when she was 12. No different discounting the following facts: she is taller and catching up to me, now wears the same size shoe as I do and too often MY shoes, and is always attached to her cell phone. If she isn't texting it is buzzing in her pocket - or on the far side of the table when she is doing her homework.

She had been asking for a cell phone for years. We asserted that she didn't need one. I was home, I drove them to and from school due the whole open enrollment thing. On my honor, I would make them walk if we lived any closer and they are forced to hike and bike and walk other places so let's not go there ok? She always had access to phones at school, church and when at friends homes. She never used the phone at home anyway.

That last point? Yeah, that was because most of her friends had cell phones and were busy exercising their thumbs instead of tongues; and despite having an e-mail address she wasn't getting in on all the plans. Bad Mom. Add in the fact it was getting annoying trying to figure out which days which activities let her out of school when, whether she would be waiting at school, walking with friends, or walking several blocks to our usual meeting place. See? I do make her walk.

I wanted her to have a cell phone to make my life easier. If I could avoid sitting in the car waiting for 30 minutes a day, I could be more productive. The people in the school office probably thought the same thing when she stopped coming in daily at 2:30 asking to use the phone.

So what did I tell her the week before her birthday when she asked again? “No, you don’t need one.“ So mean. Then she asked if she could have an iPod Touch. “Yes,” I said. “If you pay for it yourself.” Little did she know I had already checked out text plans and phones and even asked them to make sure they had the phone I thought she would choose in stock. It was very hard NOT to take her straight there after school.

The day of her birthday we went out to breakfast where she opened her token presents: a pile of sketching and drawing tablets and a new set of markers of course, a few sweets that she isn’t supposed to have with braces, and a blindfold. After breakfast we piled in the car, blindfolded her and drove to the cellular store. She had no clue. You can see her surprise in the photos below. Note the bottom photo - she spent half her birthday in her room texting and then during her street dance/sleepover party as well, texting the girls who were right there with her. It's a different world. 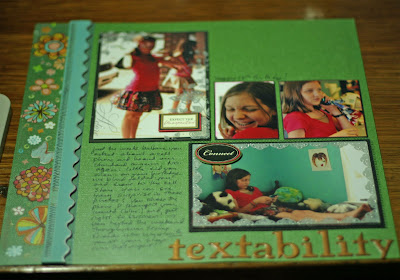 Life IS easier now that she has a cell, for both of us, I think. And she did something else that day that showed me she was responsible and thoughtful enough to take care of a phone.

Sarah and Mira both think they need a cell phone too. They each have a long wait.

That went fast. Is it bad that I have been stopping by my own blog a few times each month to click through links to see other blogs, without actually posting?

Small update: since my last post about the nasty caterpillars, the bushes have filled in nicely. Let's not talk about the weeds that need to be pulled again, ok? Thanks.

The girls FINALLY escaped school in mid-June. Through the summer they each took several art classes between the Art Center and the home of the former elementary school Art teacher. We still have the lovely artwork everywhere, and Natasha discovered ceramics. Sarah and Mira took swim lessons. All attended Vacation Bible School as participants or helpers and Sarah attended a second VBS at a friends church. There were math sessions (sorry) and weekly trips to the library. Natasha turned 13 and of all crazy ideas we let her have a cell phone. I now am an expert at texting. More on that tomorrow*.

We swam, planted gardens at church and home, rode bikes, had sleepovers, purchased some cool old office furniture for my new scrap corner. I went out with friends several times, had a friend visit for a few days, and watched lots and lots of rain. Sad fact: with 5 sequential dry days this week, we have just experienced the longest dry spell in our area since April. Hmmm.

We also did a fair amount of traveling:
In between all the traveling, we visited the State Fair to see two of Natasha's drawings that were accepted for display, as well as her friend Michaela's incredible chalk dragon. Then everyone went back to school. Well, by that I mean the girls, not me. Mira is in Kindergarten, she loves it and I miss her. Still, I am managing to fill my days and the hours fly by.

It has been a wonderful 5 months, and I don't regret a minute of it.

* Did I say Tomorrow? This time I'm making plans, not promises. Plans for me, to satisfy my reasons for blogging, so we'll just see how it goes. In the meantime, the chauffeur had better go to sleep. She has lunches to make in a few hours.

Written by MichelleJ at 12:42 AM No comments:

Oh what a lovely weekend. Sunny, warm on Saturday, cool for gardening on Sunday. Perfect after a week of rain.

Now I itch. I tried to ignore it.
Even though it tickles NONSTOP.
Even though I knew I'd uncovered a funny three leafed plant on a red stem while pulling leaves out of tangle of Wisteria vines. (Oh I make sure to shower off the instant I finish gardening. I NEVER touch my face while gardening, and I always toss my gardening clothes right into the washer. Because I get Poison Ivy EVERY year, even if I never see the stuff.

But not this year.
Oh no not me.
That sloooow, tickly feeling on my calves, ankles, wrist, elbow? I must have disturbed a few sleeping mosquitos while digging up those runaway decorative grass sprouts trying to take over the lawn, right? Right?

At least it's mild. Goes well with the sniffly nose from all the dust I stirred up over the past two weeks while pulling old stuff from closets (and sorting and washing) to take to the church garage sale. 3 carloads, 1 FULL Jeep load and one more to transport an old bedframe. Dust galore.

Oh well. My garden looks lovely, my house is so much less cluttered and I am happy.

I think I'll mow tomorrow.
Written by MichelleJ at 10:00 PM No comments:

MichelleJ
Wife to Rich, Momma to 3 beautiful daughters and 3 purring cats. I love spending time outdoors, spending time with family, and volunteering at school, church and elsewhere. I love to cook, bake, sew, embroider, read, garden, camp, preserve the food we grow, and hang out fresh laundry. Really. I have a scrapbooking obsession, and an inability to concentrate on anything else when I have an unfinished book in the house.